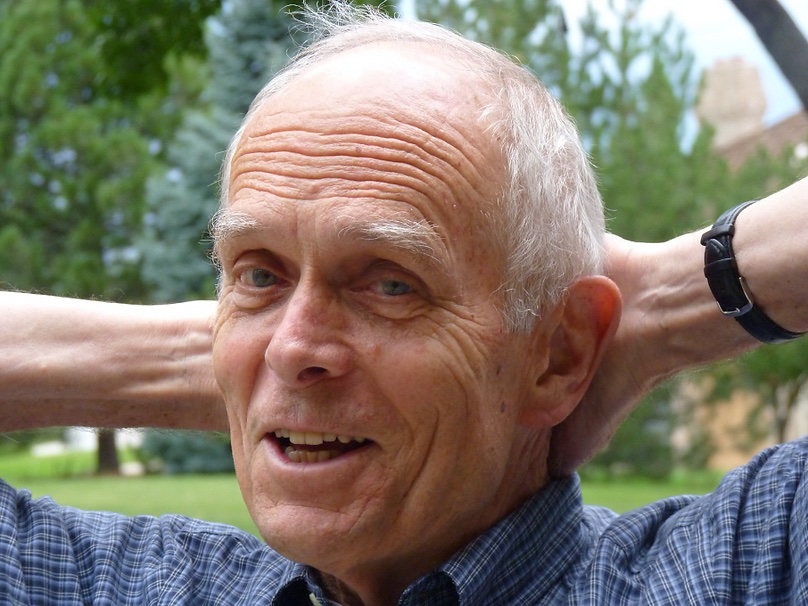 “Don was part of a world that can often be filled with pretense, but he had none of it. He was welcoming and kind, and desired to gain friends and colleagues, not disciples. Don wanted singing to matter to science and science to matter to singing. He was a voice for the people; sometimes a voice crying in the wilderness, but always one whose heart was in the right place.” – Nicholas Perna

From 1960-64 Miller studied and performed professionally abroad in Milan, Berlin, and Vienna, most notably at the Wiener Kammeroper in Vienna, Austria. During his studies in these years, Miller followed an interest in languages and began to explore phonetics, which then led to his interest in acoustics and voice science.

Miller crossed paths with esteemed voice teacher/researcher Jo Estill, when she enrolled as a graduate student at Syracuse University, which led to conversations about voice science. Miller also started regularly attending the Voice Foundation Symposium in New York City. During the same period of time, in the late 1970s, Donald met well-known pedagogue Richard Miller at an oratorio performance at Calvin College, where they were both soloists. While there, Donald invited Richard to give a guest workshop at Syracuse University and learned of Richard’s research with Dr. Harm Schutte, an otolaryngologist and voice physiology researcher in Groningen, the Netherlands. On the topic of his journey to Groningen, Donald Miller said:

“Coincidentally, Groningen was also where esteemed voice pedagogue William Vennard had worked with voice scientist Janwillem van den Berg, author of the myoelastic-aerodynamic theory of voice production. It was from his time with van den Berg that Vennard found the basis for his highly regarded book “Singing: The Mechanism and the Technic.” Thus in 1982, I resolved to visit Prof. van den Berg, who then introduced me to Schutte. Both men then arranged for me to spend the spring semester of 1984 in Groningen. And that is how I came to spend my first sabbatical with Dr. Schutte, an otolaryngologist. I saw the sabbatical as a unique opportunity to learn as much as possible about voice science with the essential help of a laryngologist who was licensed to perform invasive procedures.”

In 1984, he spent a semester in Groningen doing research on the acoustics and physiology of the singing voice. In 1987, he relocated to Groningen, where he was a research associate at the Groningen Voice Research Lab. In 1996, the first version of Voce Vista, a software program of visual feedback for instruction in singing was released.

In 2000, Miller completed his Ph.D. in Medical Sciences at the University of Groningen, entitled “Registers in Singing: Empirical and Systematic Studies in the Theory of the Singing Voice.” This research, along with some articles published by Miller created most of the content for his seminal book “Resonance in Singing,” which was published and edited by Scott McCoy. Voce Vista added EGG, became known as VoceVista Pro, and was sold with his book “Resonance in Singing” in 2008.

“There is much to be learned. There is much to be learned from great singers and from voice science. There is much to be learned from engagement in rigorous debate as well as through the process of having your beliefs or ideas put through a fiery academic crucible. These are all things I learned from Don. Reading this, you might think he would be cold, judgmental, or rude. Yet he was the farthest thing from any of those. He welcomed and championed ideas and people. Don was part of a world that can often be filled with pretense, but he had none of it. He was welcoming and kind, and desired to gain friends and colleagues, not disciples. Don wanted singing to matter to science and science to matter to singing. He was a voice for the people; sometimes a voice crying in the wilderness, but always one whose heart was in the right place.

Don never abandoned his roots as an artist. He never backed down from a good sparring match with a worthy rival, but he also never made curious beginners feel unqualified. We all can learn a great deal from his example. Rare are those who make professional contributions similar to the research of Miller and Schutte. Even more rare are those whose ideas challenge the entire field. But those who create seismic discipline shifts, such as Don did by creating VoceVista, will live on as legends in the mythology of graduate pedagogy courses for decades to come. He was my mentor. He was my friend. I miss him. May his next journey be as legendary.”

“In the spring of 2013 Donald returned to Appleton with me from an event hosted by Scott McCoy at Ohio State University. I had asked him to read the manuscript of Practical Vocal Acoustics and give feedback. Donald had made detailed notes about several chapters which we discussed over several days, and from which I made a number of important adjustments. Later that year He and his lovely, intelligent wife, Dagmar, gave us a delightful tour of Prague following the 2013 PEVOC conference. I will be forever indebted to Donald’s welcoming, encouraging, affirming support of my own pedagogic journey.

Donald’s fine singing and teaching career, his subsequent commitment to establishing objective information and terminology for voice pedagogy through careful scientific research, and his many significant observations of acoustic strategy, made him a stellar exemplar of the marriage of singer, teacher, and voice science researcher. He will be greatly missed, genuinely appreciated, and fondly remembered by all who knew him.”

Historical
German Operatic Soprano & Voice Teacher
“Technique is inseparable from art. Only by mastering the technique of his material is the artist in a condition to mould his mental work of art and to give it...
Read More