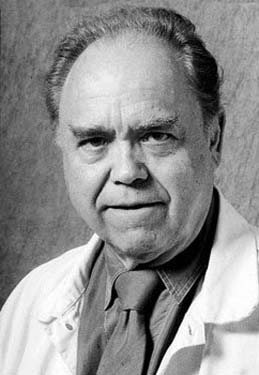 “You must know the physiology behind the art. All the ‘pink clouds’ in the world won’t help you move through the passaggio.” – Richard Miller

Born April 9th, 1926, Richard Miller was a tenor, voice teacher, author and arguably one of the most influential voice pedagogues in history. Miller sang from the age of 3, and by 11 years old had performed hundreds of times in his hometown of Canton, Ohio. After graduating highschool he was drafted in the United States army, where he was stationed near Marseilles, France.  After WWII Miller studied voice at the Marseilles Conservatory, and then at Westminster Choir College after returning home from the war. It was there that he met Mary Dagger, the two married in 1950 and had five children. He graduated from the University of Michigan with a M.Mus degree in Musicology, for which he was awarded a Fulbright Grant to study voice in Rome, Italy, at L’Accademia di Santa Cecilia.

Positions held by Miller included Professor at Oberlin Conservatory (1964-2004); Founder/Director of the Vocal Arts Center at Oberlin Conservatory; Collegium Medicorum Theatri member; American Academy of Teachers of Singing and Otolaryngology Adjunct Staff, Cleveland Clinic Foundation. Miller was in demand as a clinician internationally, he gave masterclasses and lectures in Austria, Australia, Canada, England, France, Germany, New Zealand, Norway, Portugal, Sweden, Switzerland, and across the USA. His students have performed at La Scala, Covent Garden and some of the world’s other big stages.

Miller authored eight books, most notably “The Structure of Singing”, he also edited musical anthologies and wrote hundreds of articles on singing technique and vocal pedagogy.  After writing his first book “National Schools of Singing” (1977), his desire to further understand how the voice functions (both physiologically/acoustically) intensified. This curiosity resulted in him regularly attending the  Voice Foundations annual symposia, as well as two months of study with Dr. Harm Schutte at the University of Groningen in the Netherlands. World renowned voice scientist Ingo Titze said this of Miller –

“I would say that he was incredibly eager to bring together what is known scientifically about the voice with what is known pedagogically about the voice. He was an incredibly good reader and listener. He spent the time going to conferences and was regularly at meetings and panel discussions. He would listen to what people would present and think it through thoroughly, and then put it into his own words. He was the integrator, taking the science and making it palpable to those who don’t usually read scientific literature. He couched it in a language that was good for the consumer, and we need more people like that. Richard truly was a pioneer in that.”

“What I liked about Richard was that he did a lot of observations and he talked about real things. Back then, there wasn’t a lot of that from the singing side. He made some real progress that way, directing people towards what was real.”

“You must know the physiology behind the art. All the ‘pink clouds’ in the world won’t help you move through the passaggio.”

Miller was a pioneer in merging the science and art of singing. He founded Oberlin Conservatory’s Otto B. Schoepfle Vocal Arts Center, the first acoustic laboratory housed in a university music department.