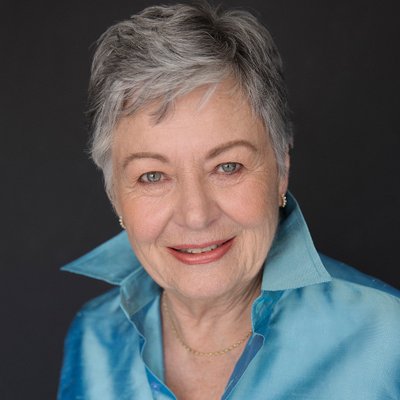 “Your voice is the sound of your spirit.” – Meribeth Dayme

Meribeth Bunch studied vocal performance at Salem College, Winston-Salem, North Carolina (1960) and earned a Master of Music at Union Theological Seminary, in New York City. While undertaking a PhD at the University of Southern California, Dayme studied voice and pedagogy under heavyweight William Vennard (1909–1971). In 1974 Dayme earned her PhD, and then went on to earn tenure and the rank of associate professor at the University of Delaware. Dayme then crossed the pond to undertake research at the Royal College of Surgeons in London on an NIH postdoctoral fellowship.

In 1982, Dayme authored the first and possibly most well known of her six books, Dynamics of the Singing Voice, now in its 5th edition. She was published in journals such as The Journal of Voice, The Journal of Singing & Folia Phoniatrica.

After years living in London, Dayme moved to Annecy, France in 2004. In 2009, while living in Dayme created CoreSinging®, an approach to vocal teaching and singing. In her own words, she described it as “a trailblazing approach to Vocal Performance Pedagogy which synthesizes performance, technique and therapy into a joyful new way of teaching and learning to sing, including Eastern concepts, Western traditions, quantum mechanics, and recent studies on consciousness.”

Meribeth received many honors over the course of her life including the Van Lawrence Fellowship (2001), Human Communication International Communications Award (2000), National Institute of Health Post-Doctoral Fellow 1979-81 & was listed in Outstanding Young Women in America, 1968.

“Meribeth changed forever the way I taught, and the way I thought about voice. She had a gift for making complex material easily accessible, e.g., cutting out “paper dolls” of the larynx. Her first book, Dynamics of the Singing Voice, which was her doctoral dissertation at USC (University of Southern California). was our anatomy text on the ADVS (Advanced Diploma in Voice Studies) and Meribeth was our teacher for class voice I studied with her privately as well, and she was a friend and mentor always.” Joan Melton

“On Saturday, October 26, the postman left an unexpected box on my front porch. When I opened it, it contained an original 1967 hardcover version of Vennard’s Singing: The Mechanism and the Technic with the initials “M. A. B.” engraved on the back cover. On the title page was following inscription: “To Meribeth Bunch, with confidence that she will achieve her worthy and unusual ambitions. Cordially, Bill Vennard.” (She certainly did.) The package also contained a rather thick stack of some of Vennard’s research papers, which I assume he passed on to Meribeth before his death during her doctoral studies in 1971. I will certainly “pass them forward” as well when my time comes. “R.I.P. Meribeth, and thank you. We are so lucky to have known you.”— Matthew Hoch

“Your voice is the sound of your spirit.”— Meribeth Dayme

Featured, Historical
American Bass-Baritone, Voice Scientist, and Author
“Don was part of a world that can often be filled with pretense, but he had none of it. He was welcoming and kind, and desired to gain friends and...
Read More

Historical
Singing Teacher, Author, and Pedagogue
“It is an important matter to train the voice in flexibility. Even voices which are naturally rebellious and heavy are sure to gain by it in mellowness and beauty.” – Giovanni...
Read More