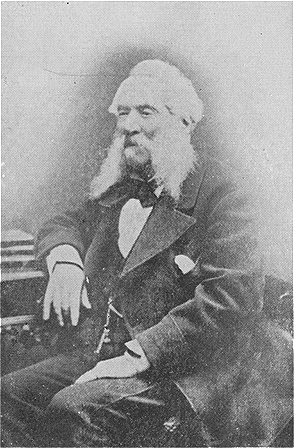 “The greatest of all teachers was Lamperti. With his death closed the era of the school of composition which inspired the greatest of teachers to the greatest attainments known to history in this special field.” – Etude Magazine, July 1897

Francesco Lamperti (1811–1892) was a respected and even “hallowed” Italian singing teacher, and author of the book “The Art of Singing”. A Savona, Italy native, Francesco attended the Milan Conservatory, where he later returned and taught for 25 years. He was co-director of the Teatro Filodrammatico in Lodi, and was also created a Commander of the Crown of Italy for his services to music.

Growing up, Lamperti was a talented musician and was accompanying accomplished singers by the age of 12. He later had a very large family, and fathered 12 children. Both Francesco and his son Giovanni Battista Lamperti began their inspiring careers as accompanists. Though both Lampertis became renowned singing teachers and authors, neither were ever singers themselves.

Lamperti was not known for his emotional generosity. Not to say that he was unkind, he was just extremely focused on the singers who he felt were exceptional, and developed his process to propel them along their way. Many of his teachings focused on the middle of the voice, especially for women. Mezzo di voce was also one of his primary teaching tools. To train mezzo di voce, he would frequently have students focus on lighter, quieter sounds. He taught his students the appoggio breath and said, “The voice emitted should be less in force than the force of the breath which supports it.”

To be sure, Francesco Lamperti had an enormous effect on the development of vocal pedagogy. The Etude, a music magazine in the 1800s, wrote an article on Lamperti a few years after his death, saying:

“The greatest of all teachers was Lamperti. With his death closed the era of the school of composition which inspired the greatest of teachers to the greatest attainments known to history in this special field.” – Etude Magazine, July 1897

Historical
American singing teacher, pedagogue, and author
“Dr. Doscher’s studio is a direct reflection of her. When you approach her studio door, there is a sign which reads: “Please do not knock, just come in.” Just before...
Read More

Historical
Manuel Patricio Rodríguez García was a singer, composer, singing teacher, researcher, and inventor of the laryngoscope.
“The human voice submits to the influence of age, sex, constitution, and undergoes innumerable modifications… there are also an unlimited number of nuances belonging to the organ of a single...
Read More

Historical
Pioneering researcher, author, and teacher of vocal pedagogy
“You must know the physiology behind the art. All the ‘pink clouds’ in the world won’t help you move through the passaggio.” – Richard Miller Born April 9th, 1926, Richard...
Read More
View More
Join Our Mailing List