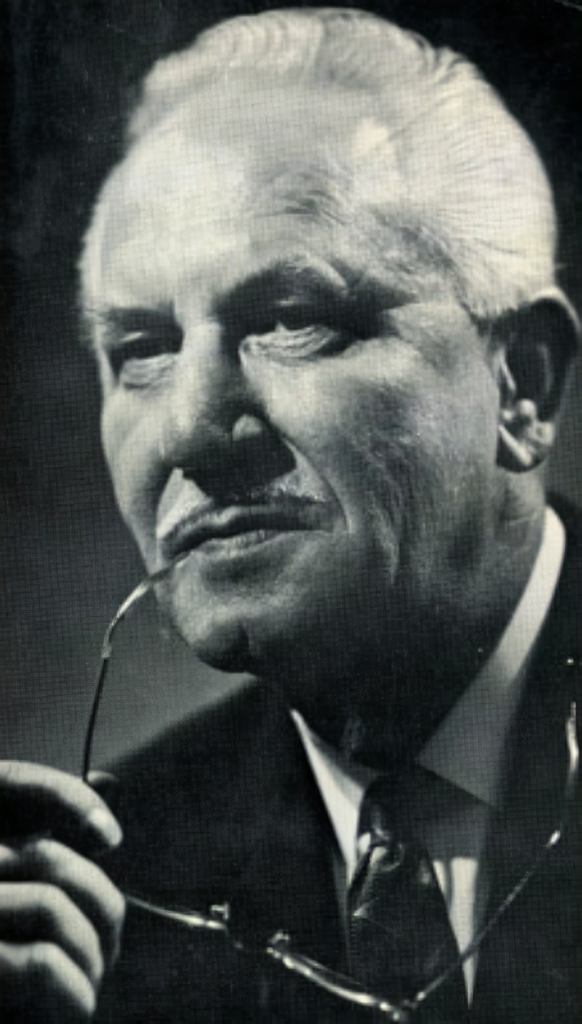 “… science and the art of singing are wholly compatible, for art is objective and subjective, scientific and aesthetic.” – Dr. Dudley Ralph Appelman

Born in 1908, in Eau Clair, Wisconsin, Dudley Ralph Appelman was a Bass-Baritone, and well known American singing teacher. At the age of 18 he moved to Chicago, where he studied Commercial Art and Voice. In his early 20’s Appelman performed extensively in Chicago and New York, including playing the violin in the Chicago Junior Symphony.

Appelman had an extensive teaching career, including holding the position of Director of the Music Department at Kearney State Teachers College, Chairman of the Music Department of Westminster College and Voice Faculty at North Texas State Teachers College. Most notably Appelman held a position on the voice faculty at the prestigious Indiana University in 1951, and later became the director of IU’s Institute for Vocal Research. He remained at IU until his retirement in 1978.

In the middle of the 20th century, Appelman, along with William Vernard, Oren Brown and others, were part of a major shift toward fact-based vocal pedagogy. Appelman famously wrote “The Science of Vocal Pedagogy: Theory and Application”, which explores linguistics, physiology and acoustics. He was also well known for the creation of the controversial “Vowelometer”, which provided visual feedback of the centre of resonance of all vowels, in all languages.

In his 1968 NATS article, Appelman  addresses the controversial question, does being a great singer make you a great singing teacher –

“The Dichotomy of Voice Teaching. An expert singer is not always a good teacher of voice, for in this profession it is possible for a person to sing expertly without knowing why or how he does so. Refined physical and mental coordination is an athletic art, and most expert singers possess this coordination naturally. For this reason the training of teachers of formal disciplined song cannot be built upon the instinctive response of an individual to a singing experience.” – Dr. Dudley Ralph Appelman

Appelman was an advocate for linking knowledge from voice science to practical application in the art of singing.  Applemen on the science and art of singing –

“Singers and teachers who interpret the act of singing as wholly aesthetic find it difficult to accept scientific terminology which would direct or assist the aesthetic experience, for it is difficult to abandon the feeling that the unfamiliar is absurd and illogical. Yet science and the art of singing are wholly compatible, for art is objective and subjective, scientific and aesthetic.” – Dr. Dudley Ralph Appelman

Appelman spent some of his retirement in Florida with his wife Leila. He moved back to Bloomington, Indiana, in 1987. He died on November 3rd, 1993.

Historical
Manuel Patricio Rodríguez García was a singer, composer, singing teacher, researcher, and inventor of the laryngoscope.
“The human voice submits to the influence of age, sex, constitution, and undergoes innumerable modifications… there are also an unlimited number of nuances belonging to the organ of a single...
Read More
View More
Join Our Mailing List